I can’t wait for PAX South!

We’ve taken the boys 2 years in a row, and this year, we have a contingent of 10 kids and 5-6 adults going at the same time. We usually get a hotel room in San Antonio for the weekend that’s within a mile of the convention center. And it doesn’t have to be a fancy hotel, because we end up spending ALL DAY at Pax!

This year, we’ve signed up for the 2-hour long True Dungeon adventure, and I’m super pumped about it… mainly because I think it’s just going to be 10 kids doing it by themselves, without adult supervision! 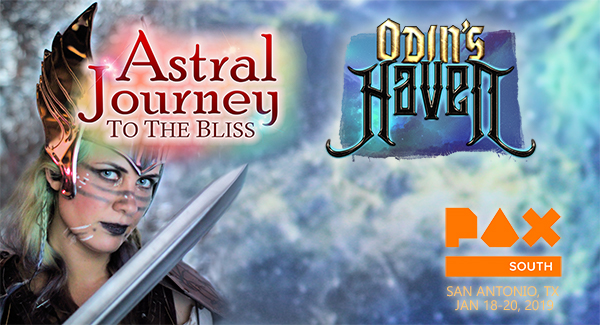 If you haven’t signed up for the True Dungeon newsletter, you should… so you don’t miss out on it, when they visit your region. Totally worth the price of admission!

Need to learn more?  Read on…

We needed a new character for our game this past weekend, and we needed it done in a jiffy, so we Googled “D&D 5e character generator” and found a lot of great resources, but the one that fit our needs the best was from OrcPub.

We very quickly and easily created a 5th Level Tabaxi Rogue/Thief and because all of the bonuses were calculated for us, we got to learn a lot about how to properly apply bonuses to things like “to hit” rolls, damage and saving throws.

As a group of “new players” aged 8-12, I’ve tried to DM in a way that has me saying “yes, and…” vs. “no” to players, so I let a lot of things go… How to use “proficiency bonuses” have always confused the kids as well… so, if they’ve wanted to do something crazy like “attempt to slice off the dragon’s head by doing a double back flip up the wall behind the dragon until I’m 20 feet in the air, and then land on the dragon’s back before taking the fatal slice across it’s neck!” I usually let them get away with the attempt, because it’s such a good story, and I want to reward that.

I also always have a “rule keeper” at the table that tells me what the rules say. Having a set of bonuses calculated for a brand new 5th level character properly taught us all a lot.

One of our players is playing a 1st level Sorcerer, and he chose Chromatic Orb as a starting spell.

The challenge with Chromatic Orb, is that it has a component requirement that costs 50 gp, and that’s a lot for a starting character, He didn’t buy a diamond at the beginning of our sessions, but he should have… and I didn’t realize that at the time, so we’ve been trying to figure out how to work the spell into the game.

I dug into the Player’s Handbook (PHB) to get more up to speed on how spells work, especially the use of material components, found a few forums to get some other points of view. Here is a quick summary of what I learned:

Chromatic Orb (PHB, pg. 221) is a cool spell. It does 3d8 damage of the type you choose, but you have to have a 50 gp diamond to cast it! Tough at first level, unless you just give it to your character.

Two questions: why would the character choose to learn that spell, if they didn’t already have a diamond? Could you allow them to start with it, if they choose that spell?

DM Tip: Give them the diamond to start as part of their starting equipment. Or, if you want them to earn it, there’s no reason that your PCs can’t find a 50 gp diamond on their first mission/quest, especially if it helps further the story! A faction the PC can help, or leader asking for help, could offer a diamond as a reward, or an enterprising PC could negotiate or even steal one. Obtaining a 50 gp diamond could even be a side quest for a 1st-level rogue.

The character didn’t have a diamond in our first gaming session.  Purchasing one has been difficult because our first mission was the sacking of Greenrest from Hoard of the Dragon Queen, and I didn’t think a diamond would be readily available after the looting! In hindsight, it makes sense that a cultist could have dropped a few jewels on their retreat from town…

I’m going to work into the story an opportunity to find or buy a diamond during our next session to solve this particular situation, or maybe the Mayor of the Greenrest will give the character one as a reward…

DM Tip: Give a 1st-Level character a 200-300 gp reward for their first gaming session somehow, so they can just purchase a diamond, if you can’t work a diamond into the story line. If you can work a gift or reward into the story, even better.

I’m going to talk to the players about the other spells that this Sorcerer could have chosen to learn, so that they understand all of the character’s options.

Consider that there are 4 other spells that a Sorcerer could choose: Burning Hands, Magic Missile, Thunderwave and Witch Bolt, perhaps? Each of those has a relatively powerful offensive quality that could compliment or replace Chromatic Orb.

If you have the diamond, Chromatic Orb is a great spell choice for a 1st level spell caster. If you don’t there are a few other good spells that could replace Chromatic Orb, depending on your style of play.

If you’re the DM, make sure they start with a suitable diamond somehow!

Special thanks to the D&D 5th Edition Wiki folks for the online references!